Antarctica, photo by co-author T. Near

I just wrote a piece for the “Behind the Paper” series at Nature ecology and Evolution. This piece highlights the critical role of islands in maintaining Antarctica’s Biodiversity that we recently discovered as part of a collaborative effort between our unit, NOAA, and Yale University. In case you missed it, I thought I would repost the post here!

Most people imagine that Antarctica is a harsh, cold, barren, and ice covered landscape with little opportunity for life to thrive. In short, an awful place to live! However, if you were to dive into the waters that surround the frozen continent, you would see world that looks nothing like the surface. The ocean is teeming with life.

This amazing diversity seems almost paradoxical. Like all marine habitats, the freezing point of water in the Southern Ocean is lower than freshwater or the body fluids of most vertebrate animals. Yet marine fishes not only persist, but thrive, in these sub-zero temperatures. Scores of fish species found nowhere else on Earth, each highly adapted to these extreme conditions, call these waters home. Our project began by thinking about one particular group of fishes: the notothenioids. 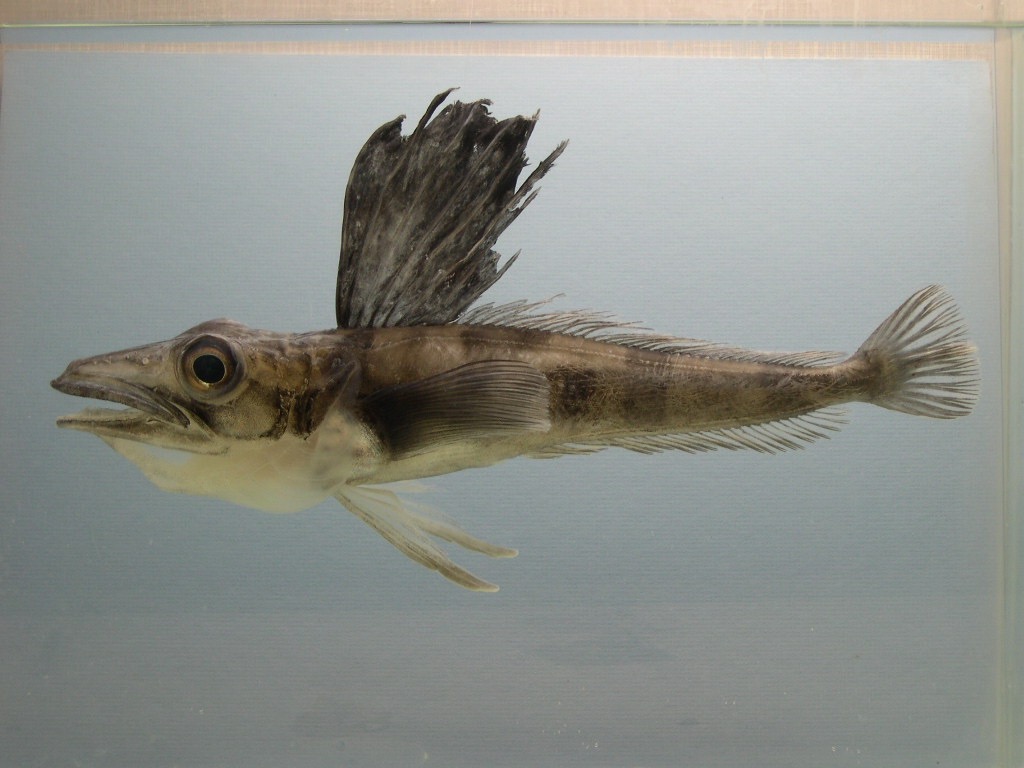 Notothenioids, are famous among biologists for their anti-freeze proteins. These fish are the primary food of penguins, albatross, seals, and other predators, making them central to the functionality of the Antarctic marine ecosystem. It was long thought that notothenioids evolved antifreeze and took over the continental waters as they cooled millions of years ago. An ancient radiation that has persisted at the end of the earth unchanged for millions of years is somehow romantically appealing. However, this is not an accurate reconstruction of the notothenioid story. Instead of an ancient group of species, our prior work found that most the species diversity is quite young and likely linked to the movements of massive glaciers. 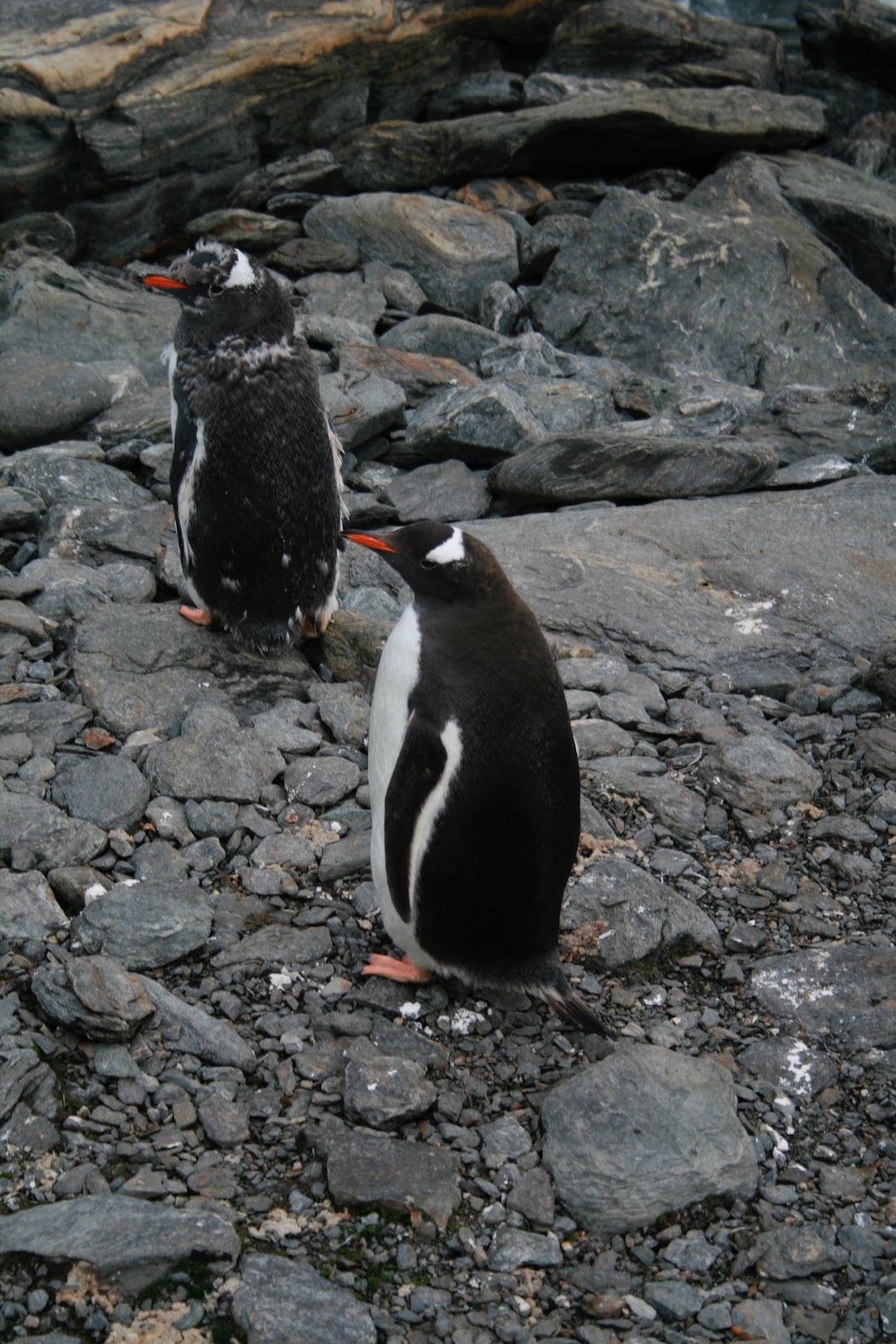 Glaciers of incredible size are a hallmark of Antarctica. However, they make life quite difficult for the continent’s marine life. Over the scale of thousands of years, the earth’s tilt modulates slightly causing glaciers to expand and contract. As glaciers that are grounded all the way to the bottom of near shore marine habitats expand, they obliterate everything in their path. The scale of destruction is incredible, imagine a glacier sitting over the Atlantic Ocean from Canada to Florida and you are thinking in the right terms. How do these fishes survive the threat of glacial annihilation? Investigating this question is what led us to this project. 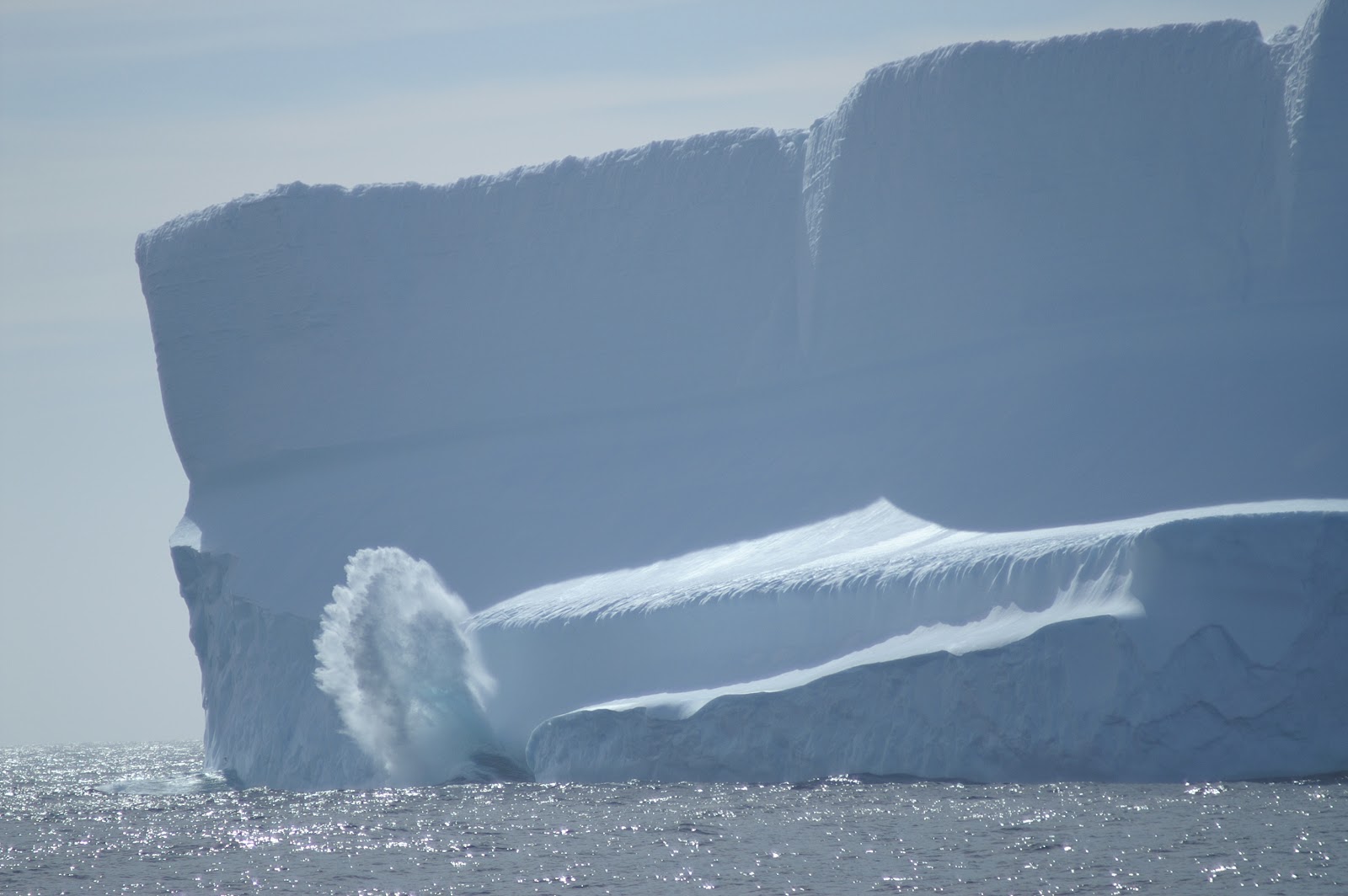 Over their years conducting fieldwork in the Antarctic, Tom and Chris had observed a striking pattern. Species living near the Antarctic continent, south of the Antarctic Circle, tend to be distributed along the entire continent. However, the peripheral islands around the continent and the Antarctic peninsula are both full of species that are endemics, meaning that they are found nowhere else. We wanted to figure out why so many endemic species are found on the margins of the Southern Ocean. Are these unusual distributions the result of glaciers or are these ancient lineages who have evolved in isolation from their continental relatives?

To test this, we used a phylogeny, or map of evolutionary relatedness, based on DNA sequence data. With this phylogeny we gain information on the relatedness among species, and also how long ago in evolutionary time they shared ancestry. Think of it as a roadmap of life in the Antarctic, similar to your own genealogy. And just like your genealogy, this roadmap also gives us information on when species lived and where they originated. This gives us tremendous power for testing hypotheses to explain the origin of Antarctic biodiversity. 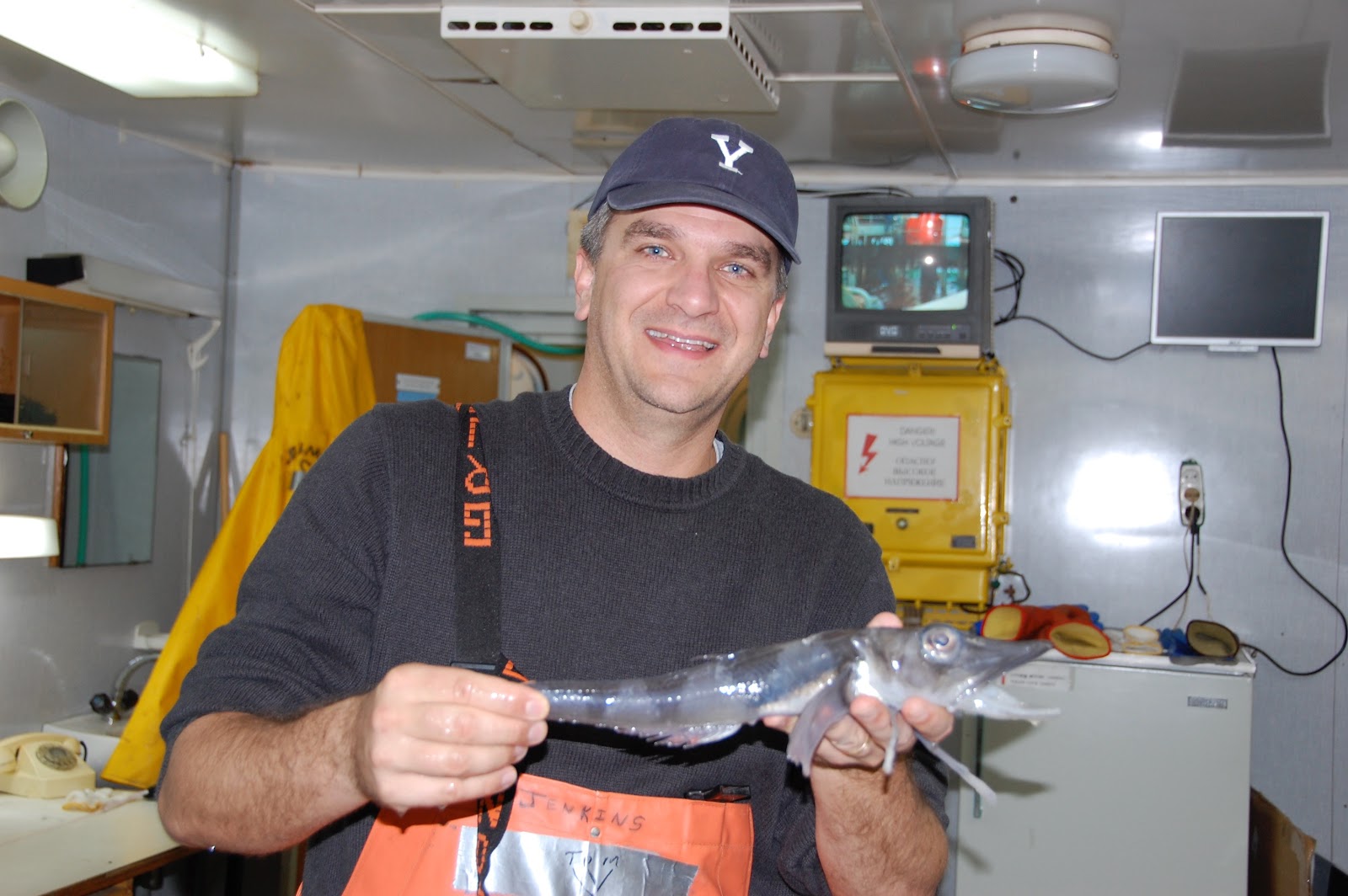 While powerful, actually conducting these sorts of tests is quite complicated. Fortunately, Alex previously worked with Dr. Sarah Federman on similar problems concerning the colonization pathways that trees took to form Madagascar’s rainforest. Using the computer code we developed for this work as a foundation, we went on to expand the software to work for the notothenioids. At this point we were joined by an undergraduate research intern in Alex’s research unit, April Lamb, who rapidly learned computer coding and aided in the writing of code that ultimately revealed a surprising result: the Antarctic peninsula and peripheral islands were the source area for the fishes now living above the Antarctic Circle!

We usually don’t think of islands and peninsulas as giving rise to the biodiversity found on an adjacent continent. The majority of Europe’s plants and animals certainly did not all come from Great Britain a few million years ago. Likewise, the Bahamas did not seed the biodiversity of North America’s Rocky mountains. Finding such a pattern in Antarctica brings a new perspective to how glaciers shaped the evolution of fishes of the Southern Ocean.

During times of expansion, glaciers cause the ecological collapse of high latitude communities and species are forced to either flee the approaching ice or face certain doom. At this point peripheral areas act as lifeboats for the long-term persistence of species. As glaciers recede, the continent is recolonized from these areas and the cycle begins again. 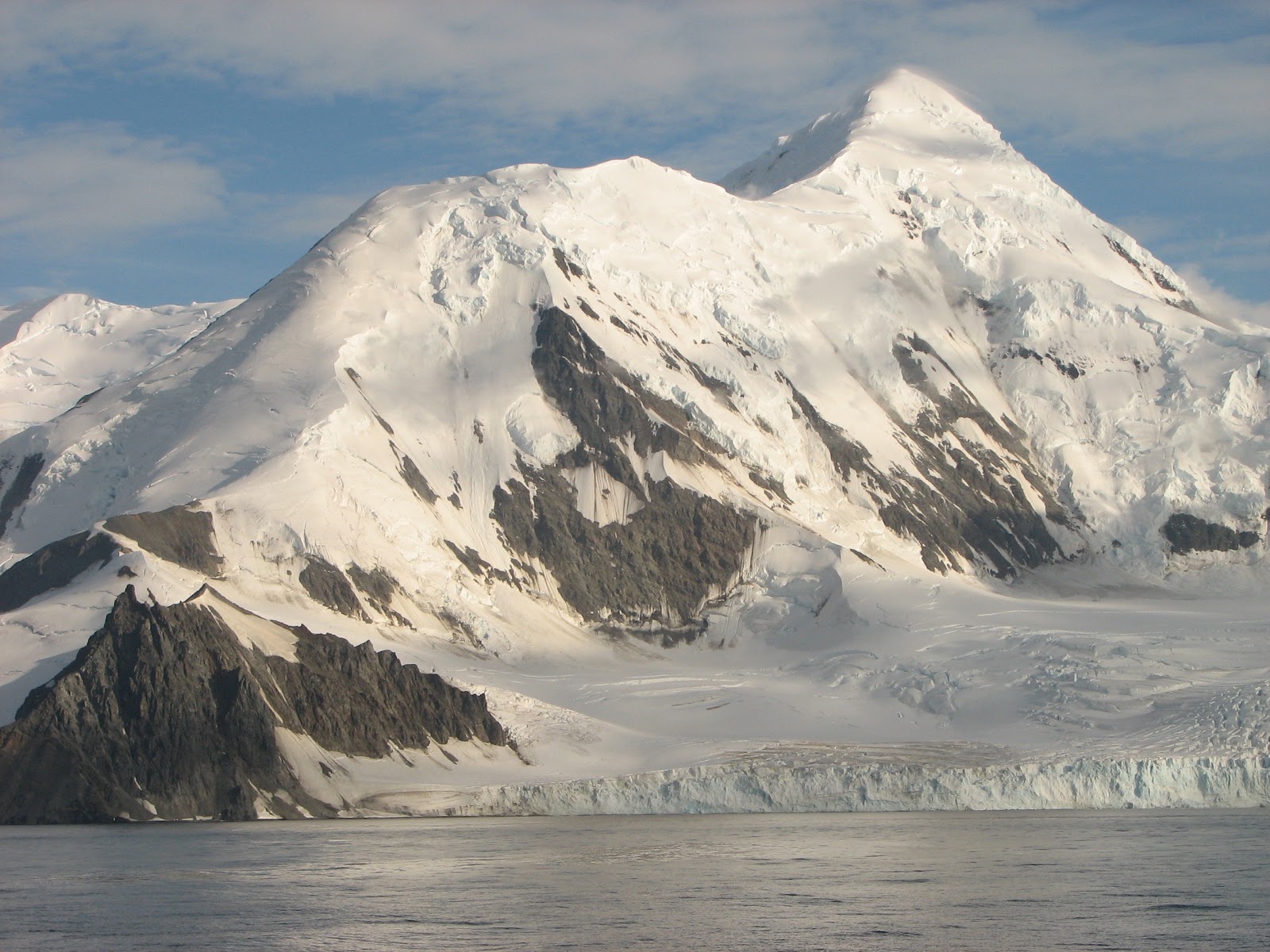 Today this rhythm of life is being disrupted. The peninsula has been repeatedly identified as the potential point of entry for species not normally found in the continent’s shallow waters. Our findings not only highlight that this area acts as a gateway to the rest of the Antarctic marine ecosystem, but that we are basically on the verge of inverting a major evolutionary process. The problem is that by reversing the pattern, Antarctic species have nowhere to go. The lifeboats are sinking before the ship.

Our findings highlight the Antarctic Peninsula and peripheral areas to a new level of conservation importance and our work is only beginning. This winter Alex will be joining co-author Dr. Chris Jones to sample along the Antarctic peninsula looking to further refine what major factors have driven the evolution of notothenioids so that we act as better stewards of their future. 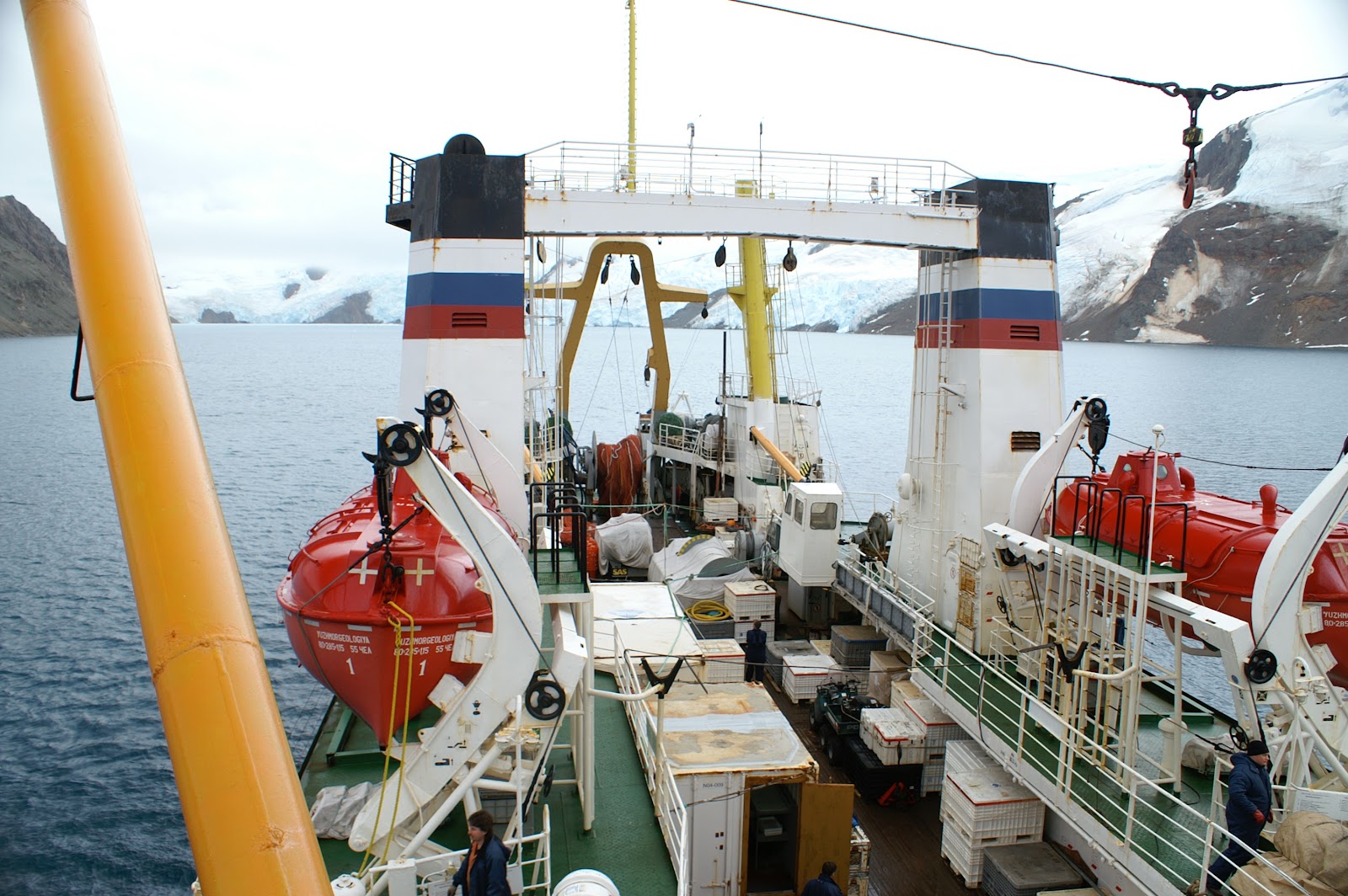